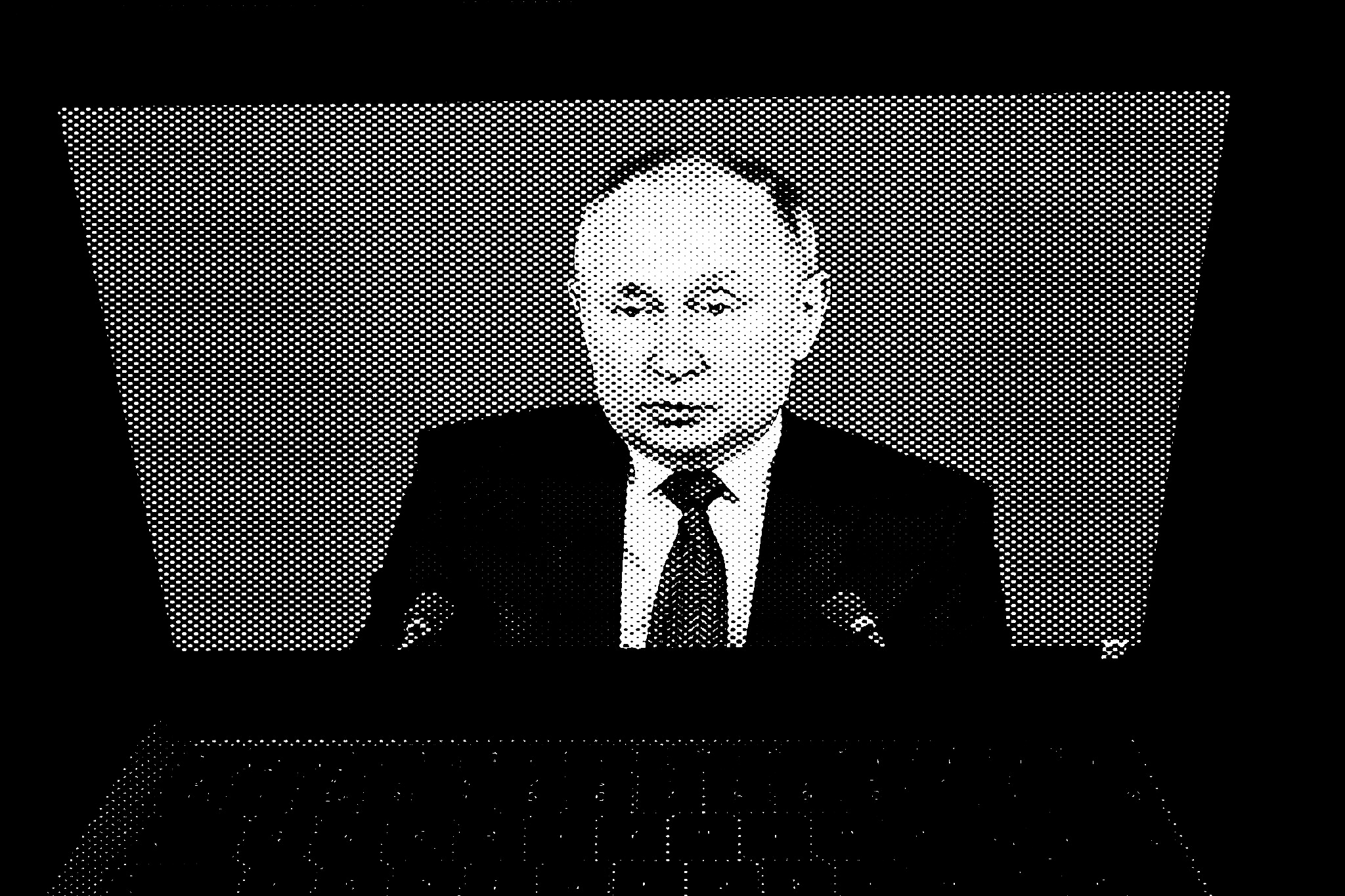 Over the past decade, the Russian government has attempted to achieve a measure of sovereignty over digital technology. By building a domestic technology industry and controls over internet traffic, the Kremlin has tried to gain independence from the Western technology industry and influence over the information available to Russian citizens. In the aftermath of the Russian invasion of Ukraine and the crushing sanctions and domestic political unrest it precipitated, this project has never been more urgent.

Cut off from Western technology suppliers, Russia is moving to build an increasingly autarkic economy. Last month, Russian President Vladimir Putin created a new commission on internet and technological “sovereignty” in Russia and placed Dmitry Medvedev, former president and current deputy chairman of the Security Council, as its head. According to The Moscow Times, the goal of this commission is to find substitutes for the critical IT supplies the Russian economy desperately needs. In short, Moscow is leaning into techno-isolationism more than ever before.

This attempt to build a more independent Russian tech economy is unlikely to succeed and may leave the country more dependent on a smaller number of suppliers—with only a veneer of Russian sovereignty. Between sanctions, componentry shortages, and an exodus of Russian IT workers, Russia will struggle to become technologically autarkic in the short term. Unable to rely on the West, a more inward-looking Russia will have little choice but to become more reliant on China as its default choice for talent and technology.

The Kremlin views the internet both as a threat to regime security and a weapon to be used against Russia’s enemies. In this vein, Moscow has spoken about building a domestic Russian internet for years, reflecting its desire for a domestic information ecosystem it can entirely dominate. In 2019, this manifested in the so-called “sovereign internet law” that called for the creation of a domestic internet that could be isolated from the globe in the event of a (defined in the eyes of the Kremlin) crisis. Aspirational as it was, that law has resulted in a slow, partially successful, though flawed, push for greater Russian government centralization of internet infrastructure and increased traffic filtering capabilities.

Putin’s illegal war in Ukraine has massively accelerated the push for technological sovereignty. The Kremlin has violently repressed domestic protests to the war and blocked foreign news websites and platforms in tandem. Putin, for his part, appears more paranoid than ever about Western influence via the internet, as evinced by Russian courts classifying Facebook and Instagram as “extremist” organizations and Russia’s internet censor calling YouTube a tool of Western “information warfare” against Russia. Many foreign technology companies have also pulled services from Russia to comply with sanctions, to avoid any risk of running into future sanctions, or to simply claim a public relations “win” with Western policymakers.

Under current conditions, however, Moscow’s grand aspirations for technological autarky can be best summarized by the Russian tupik—translation: “dead-end.” Even prior to its strategically calamitous war in Ukraine, the Achilles heel to the government’s best-laid plans for technological development has long been the exodus of human talent from Russia. This brain drain only accelerated in 2022. Tens of thousands of well-educated industry professionals have left the country, realizing that almost any market outside Russia is better paying, less repressive, and entails fewer moral compromises. Moscow’s official responses to the flight of IT workers—from deferring compulsory military service for tech workers to extending favorable lines of credit to firms that can manage to retain 85% or more of their March workforce numbers—show little sign of working. For firms that do retain that 85% of their workforce, the line of credit they receive in return can only be used to purchase indigenously made Russian IT goods and services—gear that is either going to be unavailable or inferior to the Western goods Russian tech workers are used to having.

Solving this crisis has been placed at the feet of former President Dmitry Medvedev, a man who embodies the effort to build a vibrant domestic Russian tech sector and to now control what little remains of it. If history is a guide, he will struggle to achieve any real gains in the Kremlin’s simultaneous pursuit of autarky, innovation, and regime security. After the global financial crisis of 2008 savaged the Russian economy, the then-president unveiled his “Go Russia” push: a packet of measures designed to set the country on a more technologically sound footing. Among them were a range of IT initiatives and a national moonshot, a $4 billion innovation hub called “Skolkovo.” A Silicon Valley analog in the Moscow suburbs inaugurated in 2010, Skolkovo aimed to become home to tens of thousands of researchers and tech professionals and a hotbed of homegrown startups. Despite boasting a flood of Western investment, partnerships with heavy hitters like MIT, and some initial successes for Russian companies like Yandex and Mail.ru, within three years the project became as synonymous with corruption and scandal as with innovation. After returning to the presidency in 2014, Putin steadily chipped away at funding for Skolkovo—a tacit repudiation for Medvedev’s dalliance with a West that had, in Putin’s view, proved time and again it would never accept Russia on her own terms.

Today, Skolkovo is a shell of its once vaunted future, and the ambitious technocrat who founded it has come full circle and embraced Putin’s hard turn toward militarism. The once docile Medvedev—now serving in a newly-created and rather ambiguous role on the Security Council—has shed his docile demeanor and adopted the bellicose rhetoric of fellow Kremlin courtiers like Security Council Secretary Nikolay Patrushev and foreign intelligence chief Sergey Naryshkin. The degree of sincerity in this shift, which has coincided largely with the intensification of the Ukraine conflict, has been called into question by some Russia watchers. His checkered past with Russia’s tech sector, his now-diminished circle of liberalizers, his still-opaque role in elite decisionmaking, and his newfound hawkishness make his appointment as the head of Putin’s new commission on internet and technological sovereignty all the more vexing. It remains an open question whether his true duty is to somehow plug the gaping, sanction-sized holes in the Russian tech sector, or to play the Kremlin’s scapegoat when it slowly sinks into inefficiency—or, just as likely, into deeper dependency on China.

The departure from Russia of a wide range of Western technology firms like internet backbone providers and payment apps, combined with Moscow’s blocking and expulsion of foreign firms like Facebook, Instagram, Twitter, and other websites, represents a major opportunity for Chinese firms to grab up market share. Chinese telecom firm Huawei has posted numerous job openings in Russia since the Kremlin launched its illegal war on Ukraine, and in the first two weeks of March, Huawei’s phone sales in Russia rose 300%. Barring significant risks to personnel on the ground or strong signals from Beijing, Chinese tech firms may expand further into the Russian market and increase Russia’s dependence on Chinese technology.

In light of Western sanctions seeking to limit Russian access to strategic technology goods, China’s most significant contributions to Russia’s tech ecosystem could be in the form of hardware like semiconductors, the supply of which U.S. sanctions have sharply limited. European policymakers suspect China may step in to fill the gap and supply Russia with the semiconductors its domestic tech industry does not have the capacity to produce. President Joe Biden has warned Chinese firms that they will be subject to sanction if they supply semiconductors to Russia that rely on American components, but it remains to be seen if Chinese firms will do so. Chinese companies could still expand market access in consumer areas like software without providing semiconductors and other hardware to Russia. The evidence thus far is mixed. According to a recent Wall Street Journal report, Chinese technology companies like Lenovo and Xiaomi have quietly retreated from conducting business in Russia, yet Beijing’s top envoy in Russia just declared that China will deepen ties with Russia on space, energy, and military technology.

As Russia seeks ways to secure access to the semiconductors it needs, it may turn its access to raw materials into leverage. Russia’s main link to the global semiconductor supply is via the raw materials it supplies—like aluminum, nickel, and copper—to other countries and are used to produce semiconductors and other electronics. Almost 33% of the world’s palladium is exported from Russia, for example, which is why many chipmakers began stockpiling raw materials as early as 2014, when Putin first invaded Ukraine. Nonetheless, Moscow could still attempt to weaponize this supply against the West in the long run. Just as the Kremlin has used its natural gas resources as a political tool against Europe, it may use the raw materials it supplies to the global semiconductor industry as a bargaining chip. As the war in Ukraine drags on, Russia could also attempt to seize and weaponize Ukraine’s infrastructure for the production of neon, which is used by lasers in the chip production process.

Regardless of the degree to which China complies with U.S. export controls on high-tech componentry to Russia, the shortfall of Western technology that Russian consumers have grown accustomed to—and Moscow’s inability to compensate with entirely home-grown analogs—leaves a vacuum likely to be filled from the East. While Moscow has acknowledged the quality, data-harvesting, and intellectual property risks inherent to such a shift, it likely sees them as more manageable than the perceived risks to regime security posed by Western goods and services. But in shifting toward Chinese suppliers, the Kremlin will have to tacitly accept the “junior partner” role it has long sought to avoid vis-à-vis Beijing.

In light of both Russia’s war in Ukraine and the competition for global tech primacy, the Biden administration would be wise to capitalize on Moscow’s conundrum and accelerate the downward trend in Russia’s technological capacity, including by increasing opportunities for its tech talent to come to the United States. Ultimately, neither a commission under Medvedev’s charge, nor a vision of technological self-sufficiency under Putin’s reign appear viable. Beyond the insurmountable structural hurdles, which predate Moscow’s disastrous military campaign in Ukraine, the Russian tech sector’s ability to survive, much less thrive, is now more reliant than ever on Asia. Thus, the more assertively the Kremlin pursues a “sovereign information space” modeled after China in theory, the more it risks being subsumed by it in practice.

Gavin Wilde is a managing consultant at Krebs Stamos Group, a non-resident fellow at Defense Priorities, and former director for Russia, Baltic, and Caucasus affairs at the National Security Council.
Justin Sherman (@jshermcyber) is a fellow at the Atlantic Council’s Cyber Statecraft Initiative.