MicroStrategy CEO: I can’t come up with a better investment idea than Bitcoin – Seeking Alpha 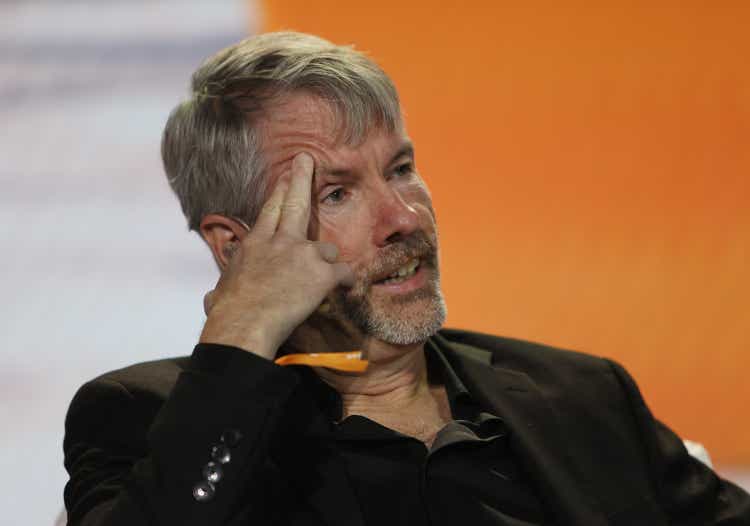 MicroStrategy CEO: I can’t come up with a better investment idea than Bitcoin – Seeking Alpha

MicroStrategy CEO Michael Saylor defended his company’s massive bet on Bitcoin (BTC-USD) in the face of a substantial market downturn that has taken the cryptocurrency to its lowest level since late 2020.

“Over any timeframe, … Bitcoin is the best performing asset. I can’t come up with a better idea,” the head of MicroStrategy (NASDAQ:MSTR) told CNBC.

Saylor argued that over the long haul, Bitcoin offers a significant way to preserve value, even if its near-term price sees significant ups and downs.

Saylor added any Bitcoin investor should target a timeline of at least four years. Less than that, he argued, a holder of the cryptocurrency becomes a trader, subject to short-term volatility.

In terms of his company’s Bitcoin holdings, Saylor said concerns about a margin call for loans collateralized by the cryptocurrency have been “much ado about nothing” that has only served to make the CEO “Twitter famous.”

“We feel like we have a fortress balance sheet we’re comfortable with and the margin lot is well managed,” he concluded.

MicroStrategy (MSTR) holds more than 129K in Bitcoin (BTC-USD) purchased for a total of about $4B. The stock has been hit hard by the recent meltdown in the crypto market.

While the software company has non-Bitcoin cash flow from its core operations, it has become closely associated with crypto in the minds of many investors. As Bitcoin approaches $20K and other big-name cryptos, like Ethereum (ETH-USD), suffer large-scale declines, MSTR has plunged 70% so far in 2022. It has been joined by other names closely associated with the crypto market, like Coinbase (COIN), Riot Blockchain (RIOT) and Marathon Digital (MARA).

For more on the crash in the crypto market, see how the decline has impacted the Bitcoin-as-legal-tender experiment in El Salvador.