Metaverse: A marketing gimmick or future of the internet? | Jagran Trending – Jagran English 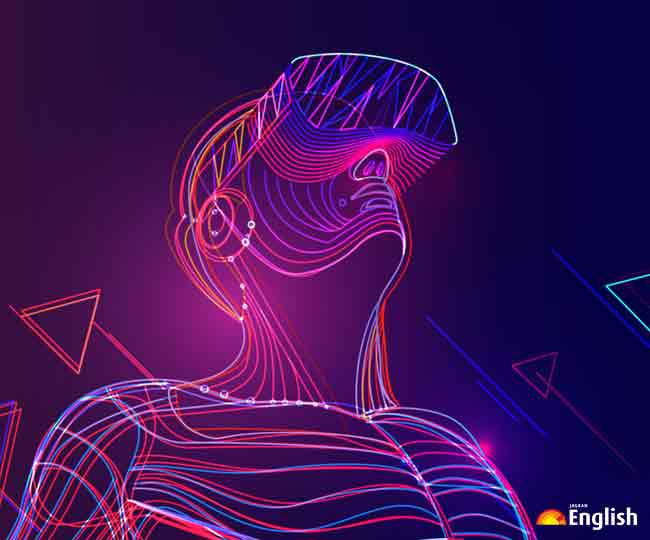 Metaverse: A marketing gimmick or future of the internet? | Jagran Trending – Jagran English

New Delhi | Talib Khan: Though it was not the first one to develop a technology that can connect people ‘virtually’, Facebook (now Meta), arguably, proved to be the game-changer in the virtual interaction of people. You can call, text or video call a person sitting thousands of kilometres far from you, and you can get an instant response given that person’s availability. Back in the 80s and 90s, these ‘abilities’ of virtual social interactions were only considered as ‘very optimistic’ ideas. But now, after almost 40 years since the development of the modernised internet, many new technologies have emerged and offer enhanced and more realistic virtual social interactions by creating a virtual world or METAVERSE.

Many of you have minimal knowledge of what this is and a majority have known it or heard this term for the first time in October 2021, when Facebook rebranded itself to ‘Meta’ and announced that it will build a metaverse where all of its products and services will be linked to one virtual universe. However, the term Metaverse was first coined by author Neal Stephenson in his 1992 sci-fi novel Snow Crash. In his book, Stephenson referred to the metaverse as an all-encompassing digital world that exists parallel to the real world.

The first thing I understood about the metaverse is that it is a ‘virtual universe’ where a user can do things which he/she does in the real world. But what it really is? Is it an escape from reality with endless possibilities or is it just another term for Virtual Reality (VR), Augmented Reality (AR) or Extended Reality (XR) technologies that already existed for quite some time now.

Let’s start with the ‘apparent’ definition. Metaverse is a network of separate 3D worlds which essentially work towards enhancing virtual social interaction mimicking the real world. The metaverse, precisely, could be defined as an iteration of the internet as a single and universal virtual world that, presently, can be facilitated with the use of VR, and AR equipment. It includes everything from meetings to shopping to games or making money from selling virtual clothes.

However, many technology geeks have advocated that you cannot have a proper definition of metaverse presently as it is still being built and very new to define without knowing the exact possibilities it could open in the near future. Whereas many of them have also termed it a marketing gimmick to hype up the already existing technologies — (AR, VR) — by portraying it as the future of the internet. To make it easier, the critiques of metaverse have called it another term for ‘cyberspace’, which is also defined as a virtual world.

So, is it only limited to AR, VR and games?

Not really, but games like Fortnite have started to claim themselves as metaverse because they offer realistic virtual experiences like concerts, battlegrounds and you can have weapons, and cars of your choice, while also earning virtual currency to unlock outfits for your avatar. It’s like living virtual life. World of Warcraft, for example, is a persistent virtual world where players can buy and sell goods.

But limiting the term metaverse to just gaming will not do justice to it. It’s like calling Google the entire internet. Tech experts believe that metaverse is the 3D model of the internet which offers a parallel place to the physical world, where you spend your digital life. In a metaverse, you can have an avatar, and you interact with other people — in that particular virtual world — through their avatars having real life-like situations.

The experts supporting the metaverse argue that it will completely change the experience of virtual realities and will allow the users to live in a virtual world where they can do everything including parties, shopping, buying land, attending concerts, hosting parties and even getting married through digital avatars.

After studying the metaverse, I came to know that it is at that stage where discourse on its definition would differ from case to case as there are still many brains running 24×7 to find the real meaning of the metaverse. However, in the simplest term, the metaverse is an interactive, immersive and hyper-realistic virtual space which a user shares with other digital avatars. And, it also includes users’ digital assets which will likely be recorded on a blockchain.

Reading so far, you must have been thinking to enter the metaverse once. So, to guide you, there is no single gateway to access the metaverse. Presently, you can truly immerse in a virtual world experience after acquiring some hardware such as VR and AR headsets. These hardware ranges from Rs 750 INR for Google Cardboard to Rs 21,000 Oculus Quest 2 to Rs 75,000 for Valve Index VR, depending on your budget.

Experts say that the structure of metaverse currently is akin to that of the Apple App Store or Google Play Store. At this point, you have multiple platforms that offer experiences in VR, AR and XR, which are like the different apps you could download from the App Store. But there isn’t a single portal that people can use to access it.

What are its limitations?

A major topic in discussion is whether a user can have a safe and responsible immersive experience in this virtual world. At first, comes addiction. A person with the internet, video games or social media addiction can have mental as well as physical repercussions if continued for a long period of time. Mental illnesses such as depression, anxiety and various other diseases evolve due to these addictions. The addicted person also is more vulnerable to obesity and cardiovascular diseases as compared to a normal user.

As much as addiction remains a risk, sexual abuse and harassment are some other significant challenges in the evolution of the metaverse. Experts also consider the fact that virtual reality can be a toxic environment, especially for women and minorities. Even cases of sexual abuse have started showing. You must have heard of a woman recently who had claimed that she was gang-raped virtually in the Metaverse.

Meta (Facebook) also came under fire because the woman (43), in her ordeal post on the Medium Post, claimed that she was ‘verbally and sexually harassed by three or four male avatars in Horizon Venues of Meta (Facebook). Identified as Nina Jane Patel, the victim has even talked about the male avatars touching her character’s body inappropriately, and took screenshots.

Prosecution remains an even bigger challenge as there are no safety tools for the victim in situations like these and there are is no one to catch the culprits. However, developers are trying to address these safety issues by getting into the depth of them to investigate and take action against the culprits to set the right example for the future criminals in the metaverse.

Tech giants like Meta, Apple, Microsoft and Google are investing big money in making it a reality. Many new startups have also hopped on board the metaverse bandwagon with an envision of developing a new digital economy, where users can create, buy, and sell goods. Meta has announced new tools to help people build for the Metaverse and also a USD 150-million investment in immersive learning to train the next generation of creators.

Experts believe that a large number of people will be in the Metaverse by 2030, but assert that the idea of the Metaverse needs a lot of work. Accessibility of hardware is one big challenge in addition to the need for interoperability — the ability to allow a user to take virtual items and products such as dresses, and cars from one platform to another. Legal and commercial challenges apart from who will be the police in the metaverse are some other questions still awaiting answers.

But with the attention Metaverse has grabbed, it is pegged to be USD 800 Billion dollars market in the next 2 to 3 years. And with tech giants working day and night in making a standard model of the metaverse, it will surely amaze with some new and more realistic forms of virtual reality experience in near future.

(Note: This article has been written by Talib Khan, Senior Sub-Editor, Jagran English. The views shared are of the author and do not represent the organisation)