Jagran Trending: What Is The Difference Between Metaverse And Virtual Reality? – Jagran English 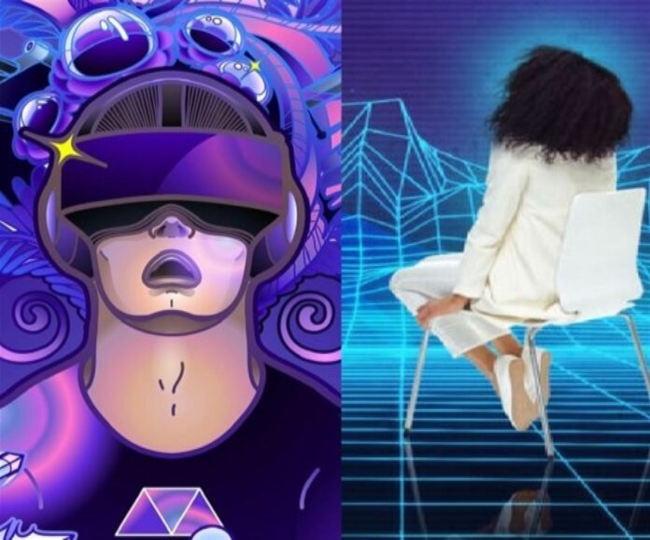 Jagran Trending: What Is The Difference Between Metaverse And Virtual Reality? – Jagran English

New Delhi | Jagran Technology Desk: The era of the 21st century is all about technology and digitalisation. Today, every little thing which earlier took the time and a lot of effort is now possible with the help of a single touch. In the last 40 years, the internet has evolved so much that it became a necessity to live your life. Technologies related to the internet also witnessed a boom. One such technology is Metaverse, which has become a hot topic now after Facebook rebranded itself as Meta and announced that it will build a metaverse where all of its products and services will be linked to one virtual universe.

The term metaverse was first coined by author Neal Stephenson in 1992 in his sci-fi novel ‘Snow Crash’. The author described the term as an all-encompassing digital world that exists parallel to the real world. Now, the metaverse has become a reality, however, defining the term is still a difficult task as the building of the tometaverse is still in process.

Metaverse refers to a 3D virtual space that allows users to explore and interact with different types of virtual spaces, content, and services. Further, metaverse uses augmented reality (AR) and virtual reality (VR) and can be defined as a simulated digital environment. Apart from that this digital world also uses concepts from social media to create space for users so that they can make interactions mimicking the real world. metaverse is a huge spectrum, and it includes nearly everything such as games, meetings, and shopping.

To access metaverse, one should put on their headsets which helps the user to connect to the virtual reality interface. Users in the metaverse are empowered for developing virtual spaces and solutions, as a result, To allowit establishes a creator economy. Apart from headsets, users can also gain access to the metaverse through VR and other technologies like AR glasses. Not only that, but users also can access metaverse via their smartphones or computers.

What is Virtual Reality (VR)

Virtual reality, as the name suggests, is a computer-generated virtual environment created by technology. The technical definition of VR can refer to a 3D environment that is generated by computers. VR is an environment where scenes and objects will seem to appear real, resulting in making the user feel immersed in their nearby. Virtual Reality, allows an individual to experience and interact with others. In the VR users are allowed to carry out different tasks and can also manipulate the objects.

To enter VR, a person requires headsets and glasses that are connected to the system running the programs. These devices put a direct effect on people’s sensors including light and sound which as a result enhance the experience of the user in the VR world. Apart from that, there are also other specialised devices such as gloves with electronic sensors that come with specific VR systems. So far, a major portion of VR has been used in the entertainment sector. Meanwhile, the uses of VR in spaces such as medical and military application and education is also now gearing up.

Here are these 4 things that will help a user to understand the basic difference between metaverse and VR.

Metaverse: The metaverse is a 3D virtual space that allows the users to interact, explore and connect with others using their digital avatars

Virtual Reality: VR is basically a technology that creates a 3D environment and allows users to feel, see and hear the things in their surroundings.

Metaverse: In this cyberspace, users are responsible for their experiences and have complete ownership of themselves.

Virtual Reality: In VR, users do not have ownership of themselves as the brand owns the VR system and other specialised content.

Metaverse: Through metaverse, users get the opportunity to ingress a broad range of experiences in cyberspace.

Virtual Reality: In VR, users can only have virtual experiences which are offered by the VR systems.

Metaverse: It is a shared virtual space that exists even when a user is not present in the metaverse.

Virtual Reality: The moment the user switches off their VR system, their experience stops at that point.