Jagran Trending: What is blockchain technology? How does it work and why crypto exchanges depend on it? – Jagran English 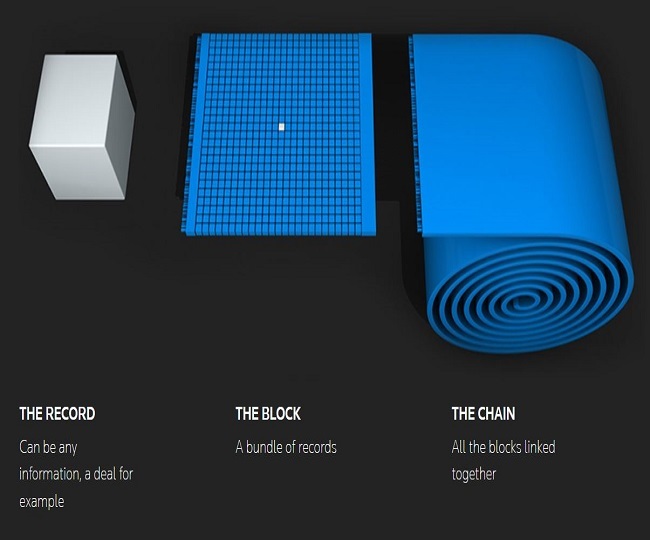 Jagran Trending: What is blockchain technology? How does it work and why crypto exchanges depend on it? – Jagran English

New Delhi | Talibuddin Khan: Cryptocurrencies have lately been the talk of town with many countries looking forward to launch their own digital currencies while many others are already using private cryptocurrencies — Bitcoin, Ethereum, Cardano, Litecoin — for purchase of any commodity or service. In India, the government in February had announced to launch its own Digital Currency — Central Bank Digital Currency (CBDC) — to boost the digital economy. India’s digital currency will be issued by its federal bank and will be fungible with physical currency.

What is blockchain technology?

Blockchain technology is a digitised and decentralised Digital Ledger Technology (DLT) that keeps a track of digital transactions, also known as the block, of the public in several databases, known as the chain, in a network connected through peer-to-peer nodes. As a database, a blockchain stores information electronically in digital formats.

Every transaction in this ledger is authorized by the digital signature of the owner, which authenticates the transaction and safeguards it from tampering. The fascinating angle is that anybody can see the data, but they can’t corrupt it.

The technology is called blockchain as it creates a block on every transaction which act like a chain where every block is added in chronological order. The new block would contain a link to the previous block. Acting like a banking system where every account activity is recorded, the blockchain will constitute the bank’s financial transactions throughout its history and a block would be an individual bank statement.

How the blockchain technology works?

The main purpose of its technology was to timestamp digital documents so that they could not be tampered. When someone requests a transaction (involving contracts, records, currency, etc.), it transmits to a P2P network which consists of computers known as nodes. These nodes validate the transaction and user’s status using algorithms.

Once it verifies the transaction it is added to the ledger. This means a new block adds to the blockchain in a way that is it unalterable, and the transaction is now complete. So to sum it up, Blockchain users employ cryptography keys to perform different types of digital interactions over the peer-to-peer network.

– Public Blockchain Networks: The origin of Bitcoin and other cryptocurrencies happened on public blockchain networks. It also helped in popularising the distributed ledger technology (DLT).