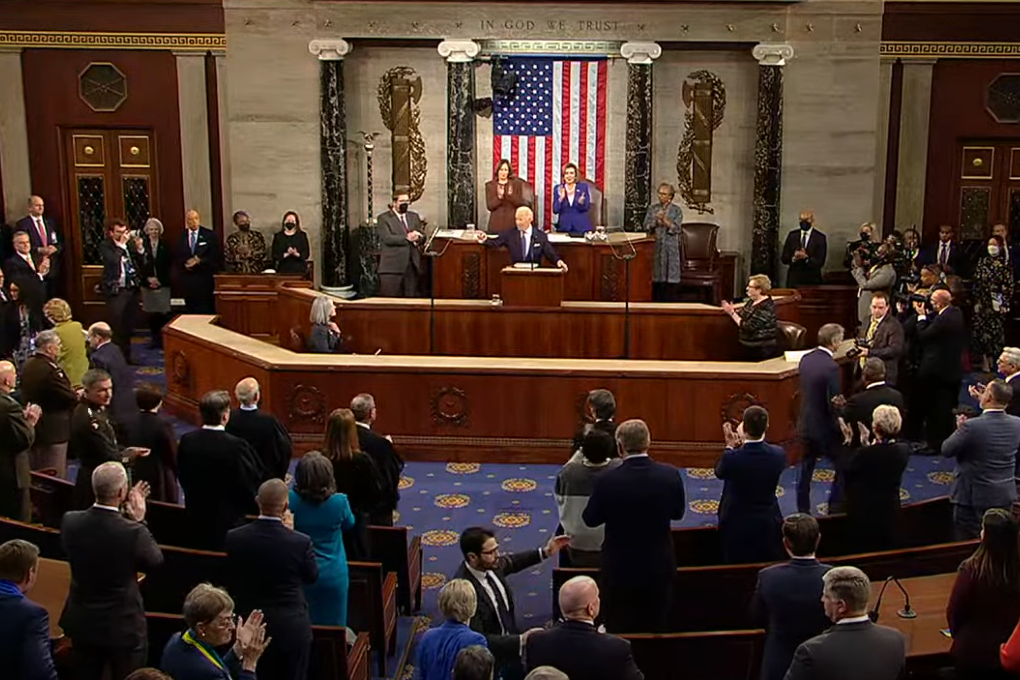 Short, strong and to the point. That’s what U.S. President Joe Biden angled for with comments on improving children’s privacy and online safety in his State of the Union Address Tuesday night.

The White House tipped the public off to Biden’s planned remarks, giving the privacy community something to look forward to with the address. While the president’s words didn’t stray from what was prepared, the message was crystal clear.

“It’s time to strengthen privacy protections, ban targeted advertising to children, demand tech companies stop collecting personal data on our children,” Biden said while discussing the need to improve children’s overall well-being as part of his unity agenda for the U.S. He added that social media platforms needed to be held accountable for “the national experiment they’re conducting on our children for profit.”

U.S. Congress showed an appetite to enhance online protections for children before Biden’s call, including added privacy measures, content moderation and prohibition of activities that may exploit minors. Even with a bipartisan view on the matter, Biden’s words hit differently depending on the lawmaker.

“(President Biden) is issuing a call to action on the youth mental health crisis exacerbated by social media,” U.S. Sen. Richard Blumenthal, D-Conn., said via Twitter after the speech. “Kids and parents must be empowered (with) tools and safeguards to protect against toxic online content. My Kids Online Safety Act will do just that and hold Big Tech accountable.”

Blumenthal was among those who took Biden’s comments as an order or challenge, but others in Congress chalked up the remarks to Biden only now jumping on the bandwagon.

“I welcome President Biden joining our call and urge my Democratic committee colleagues to stop dragging their feet and prioritize comprehensive privacy legislation and addressing Big Tech harms on kids,” Rep. Cathy McMorris Rodgers, R-Wash., said in a statement. McMorris Rodgers was referring to the privacy work being done by Republicans on the House Committee on Energy and Commerce, suggesting Democrats need to begin “reviewing and engaging” on existing proposals.

The heart of the issue

Biden’s call was concise, but the subject matter it covered was broad with layers. The increase in children’s online activities even before the COVID-19 pandemic brought a litany of fresh issues to consider. Chief among those issues is children are getting online at younger ages than ever before.

“The Children’s Online Privacy Protection Act has been a remarkable piece of legislation that provided a solid foundation for supporting parent control over collection and use of their child’s personal information, but it only considers users under age 13,” PlayWell President Linnette Attai said. “There’s a common sense argument that says a young teen is really no better equipped to fully grasp the complexities of data collection and use than a 12 year old.”

The few opportunities being offered — to both kids and adults — to learn or comprehend general children’s privacy concepts and user rights is also fueling issues, according to LinkedIn Vice President & Head of Global Privacy Kalinda Raina, CIPP/US.

“I talk to teachers and parents who are not fully aware of the risks — and even when they are — do not feel they have the tools or knowledge to help protect kids,” Raina said. “There should be a set education program starting in kindergarten that helps children understand issues like data privacy, online advertising, and cyberbullying and how to protect themselves and others. Current proposals do a great job of holding tech companies accountable, but I think they also need to address education needs.”

The hyper-focus being placed on social media companies’ activities and the proliferation of online advertising is warranted, but perspectives presented by Biden and federal lawmakers omit a bigger-picture outlook on protections. COPPA carries many applicable provisions to regulate online issues and harms, but the law was last updated a decade ago while the internet has since undergone further evolution. Existing regulatory proposals have been more targeted and graze over areas that may require more attention.

“We need to look at the entirety of  young people’s interactions online — education, gaming, online advertising and social media — and develop laws that protect children in all of these situations and the one’s we haven’t even imagined yet,” Raina said. “If we just pay attention to one issue, such as social media, we will not create policies and protections that continue to protect kids in the next iteration of the Internet and beyond.”

Congress has no shortage of proposals in each chamber that are worth considering. The Senate has Blumenthal along with Sens. Marsha Blackburn, R-Tenn., Ed Markey, D-Mass., and others offering fresh proposals in the last year while the House has bills from McMorris Rodgers, and Reps. Kathy Castor, D-Fla., and Lori Trahan, D-Mass.

Markey, an original author of COPPA, got ahead of Biden’s call with one of his own on the need to pass his Children and Teens’ Online Privacy Protection Act, which would prohibit companies from collecting data from teenagers younger than 16 without opt-in consent. Attai said Markey’s proposal, which has been re-introduced in multiple years, could gain traction given there “may be more appetite for the idea now than ever before.”

Both Attai and Raina are keen to the protections being proposed by Blumenthal and Blackburn in the Kids Online Safety Act. That bill has the same 16-and-under coverage presented by Markey’s bill, but it pertains more to limiting the effects of algorithms and targeted advertising on minors.

“This encompasses ‘privacy and safety by default’ requirements for users under age 16, requiring companies to act in the best interest of users under 16 and to be transparent about and prevent foreseeable risks of harm that might be experience on and offline as a result of using the platform,” Attai said.

“I think the KOSA goes a long way to cover some of the technologies that did not exist at the time of COPPA’s passage in 1998,” Raina said. “Given that teens are one of the most vulnerable populations to the more negative sides of the internet — body image issues, bullying, and tech addiction — I really like that KOSA is setting baseline standards for all companies to follow.”