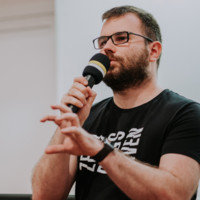 For years, Apple’s company technology, including both its hardware and its primary software platform: iOS, has become more advanced. With continued improvement, here are some of the top trends to watch for as we move forward into 2022 and beyond.

For years, Apple’s company technology, including both its hardware and its primary software platform: iOS, has become more advanced.

Apple’s release of its iOS 15 software in 2021 has introduced a number of key features that make the iOS user experience more competitive in the face of an ever-growing smartphone market. Additionally, with the total number of available iOS-compatible applications, breaking the 2 million marker, iOS developers must remain as updated as possible with emerging and forecasted trends that can impact technology relying upon the iOS system.

With continued improvement, here are some of the top trends to watch for as we move forward into 2022.

In 2020, Apple announced its intention to move its Mac computers away from hardware chips made by Intel and begin building new iterations of its hardware using the company’s own Apple Silicon chips, which were unveiled in November of that year. The second iteration of Macs built with Apple Silicon chips was released later in 2021, and Apple’s lineup of iMacs, Mac minis, as well as its MacBook Air and Pro computers come built with these chips.

The introduction of the Apple Silicon chip aims to make the development and release of cross-Apple-platform apps far more seamless for iOS developers. As a result, we can expect that building apps that run natively on all iPhones, iPads, and Macs will become even more popular in 2022 due to the advent of Apple Silicon.

2. Further innovations in AR and ML

Apple’s AR frameworks become more mature every year, and are likely to join their competitors in the realm of dedicated AR smart glasses. Some of these include Epson’s MOVERIO BT-300, Everysight’s Raptor, and Toshiba’s dynaEdge AR100 Viewer.

Historically, Apple has been one of the many leaders of ML in the technology sector. At the 2017 Worldwide Developers Conference, the company announced its plans to launch its CoreML system that features benefits to iOS developers and users alike, including the ability to run advanced neural networks, deploy CoreML models using CloudKit, and convert models from libraries such as PyTorch and TensorFlow into CoreML models.

As we move further along into 2022, we can expect to witness AR, ML, artificial intelligence, and other cutting-edge technologies converging into an entirely new product from Apple and competitors.

As the popularity of React Native open-source UI software framework has continued to wane, other multiplatform mobile development technologies like Flutter and Kotlin Multiplatform Mobile have begun taking hold in the iOS development world. The latter of these, KMM, aims to be the shining star of multi-platform development by taking the best from native and cross-platform approaches.

Furthermore, KMM is often seen as the suggested multiplatform development technology for new native projects, particularly on mobile devices running Android’s operating system. Where KMM will most likely shine in 2022, however, is due to its ability to seamlessly place untouched Android business logic code into a project running on the iOS operating system.

Prior to Apple’s release of iOS 13 and macOS 10.15, most Apple-platform developers relied on an imperative user interface approach in order to implement the functionality, look, and behavior of their apps. Since then, however, SwiftUI — Apple’s declarative UI framework — has become increasingly more popular with developers on Apple platforms, as it allows the developers to reason about the app’s state in a more streamlined way (e.g., UI differences between a “logged in” and “logged out” state).

Swift has come a long way in the past few years, allowing the developers to create and launch apps across all of Apple’s platforms using as little code as possible. With SwiftUI slowly maturing and new features such as Swift Concurrency taking hold, it can be expected that we will experience entirely new generations of engineers who have never experienced the “old ways” of app development on Apple platforms.

In the realm of technology, timing is everything; release an innovative product too late and you’ll be fighting for a share of consumer sales in a saturated market, but release one too soon, and the technology itself may never have a chance to become more widely adopted. Such was the case with Google’s infamous release of its Google Glasses in 2014, at a time when hands-free technology and deeper integration of AI and ML in mobile devices were still a few years out.

However, times have changed. Wearable technology and smart devices are back at the forefront of innovation, and Apple itself already has a sizable lead over many of its primary competitors in this sector.

As we progress deeper into 2022, we’re expecting to see a slow — yet gradual — shift in consumer markets away from traditional screens and more towards wearable devices. While we’re still likely a few years out from broader adoption of wearable technology across most consumer markets, 2022 may likely bring with it a whole new class of UIs designed to be used without a large, cumbersome screen for many everyday tasks.

Jan Kaltoun serves as iOS department lead for STRV, a software design and engineering company based in Los Angeles. Kaltoun has worked in software engineering and analysis since 2003.